In 2008, some people called us crazy. Who would trust a stranger entering their homes and lives? But through hard work, trust, and inclusion, what started as a community of five founding Taskers in Boston has grown to more than 140,000 Taskers across three countries.

Though we live in a time when technology may cause people to interact less, trust less, and share less, we’ve always thought of TaskRabbit as more than just a service platform. We’re about human connections. Taskers have become someone their clients can rely on when they don’t have the skills or time to get something done. Taskers — you are someone’s hero every day on TaskRabbit.

We’d like to take this opportunity to thank you, our Tasker community, for the integral role you have played in your clients’ lives and in the growth of our company over the past 10 years. To celebrate our 10-Year Anniversary, we’re highlighting stories from Taskers who have been with us since the beginning. Continue reading to discover what brought them to TaskRabbit a decade ago, and what keeps them tasking with us to this day. “Initially, I joined TaskRabbit because work had slowed down in the construction industry after the economy took a dive, so I wanted to venture out and look for ways to supplement my income.

Through TaskRabbit, I’ve been able to grow and work in a way that showcases my values by striving every day to be honest, reliable, and to help people. It has also given me the chance to work with thousands of great clients and make a decent wage that is reflective of my talents of work and solid ethics. One of the best things about TaskRabbit is becoming friends with my clients and going hiking with them or out to eat.”

“Before TaskRabbit was around, I would scour online sources and local bulletin boards for odd jobs as a way to supplement my income. When a friend told me about TaskRabbit, I was excited to try it out, knowing it would give me the opportunity to task on interesting assignments, and with a variety of clients.

One of my favorite tasks was with a family who was having a wedding out of state. Unfortunately, the groom’s father needed a hip replacement not long before the wedding, and was not able to make it. I was hired to help him set up a video chat so that he could watch the wedding remotely. I was so excited to be part of this special event that I brought some cookies and ice cream, so that he could not only watch the wedding and speak to his son, but have a little taste of being there. It was a great evening for him and an emotionally overwhelming one for me.” “I heard about TaskRabbit through an ad on Craigslist. They were looking for people to run part of the Boston marathon in the year 2011, and I was hired to run 4 miles of the marathon dressed up with rabbit ears and a tail and a green TaskRabbit shirt.

One of my favorite clients is a blind couple that I work for in Boston — I was originally hired by them to pick up a microwave oven. After dropping it off I then sat with them to go over the buttons on the microwave so that they could type braille lettering so that they knew what buttons they were using. As I was doing the task they asked me my honest opinion about their home as they had just hired a cleaning service but couldn’t see the results. Unfortunately, I think the other company had just sprayed fragrance in the air and lied to them — it was not clean. I told them the truth and they hired me to clean their home. To this day I still clean for them.” “Prior to TaskRabbit, I was a 3D designer for a cabinet and furniture shop. Back around 2008, work was very slow because of the recession. Thanks to TaskRabbit, I have been able to pursue my woodworking passion more than just on the weekends. When I’m not doing tasks, I’m either at a coffee shop or in my garage working on my designs. I never could have done this in the regular corporate world.

One of my favorite tasks was when I was asked to build a playhouse. When I opened the huge box with all the parts in it, I noticed a lot of the parts were broken. Part of me wanted to tell the client that she should return it, and the other part of me wanted to make lemonade out of these sour lemons. Thanks to my woodworking experience, I was able to repair what was broken and make it all work out. I still feel proud of this task, which was made all the better thanks to the little girl’s reaction when it was done!” “I was laid off during the lowest period of the recession in 2009 and was having a challenging time with the job search following that. My wife recommended I check out TaskRabbit, which she had used as a client to help her Hawaiian lei business. TaskRabbit has allowed me to build up experience and reviews to eventually build my own extremely successful handyperson business — I wouldn’t be where I am today without it.

It has been a pretty incredible ride over the past 7 years — I was featured on Nightline during an episode on TaskRabbit, and was also the subject of a Ted Talk on Collaborative Consumption.” “After working for the state of California for 26 years, I decided to retire. Never one to sit still, I began looking for something productive to do with myself and earn some extra money. I heard about TaskRabbit, and thought — “I can do that!” I quickly realized my skills were in high demand, and have been tasking since!

Back in 2012, we always spoke about neighbors helping neighbors, which really appealed to me, and I still think it holds true to the platform today. I get so much satisfaction from using my skills to help others.

One of my favorite tasks was working for a family with electrical problems — the dishwasher would not turn off and the garbage disposal would not turn on. As I began to diagnose the problem, I noticed smoke coming from the electrical outlet — and then, all of a sudden, the electrical outlet caught fire! I quickly cut the power, diagnosed the cause, and performed the necessary repair–preventing any future catastrophe. I felt so proud to save this family from a serious catastrophe!” “Professionally, TaskRabbit has allowed me to pursue my passion, which is empowering young women through outdoors skills with the Girl Scouts of Colorado. It gives me the flexibility to take summers off to run the leadership program at a camp, and I can schedule my tasks around Girl Scouts events. Personally, it gives me the flexibility to travel! My best friend lives in New Orleans and we go on week-long adventures all over the country together about every other month.

One of my favorite tasking stories was my third task ever — cleaning up a disaster of a backyard. I drove all the way across town for a one-hour job, which was all that she could afford to pay me. I realized, though, that my real accomplishment was motivating her to get started. Since then, I appreciate that although some jobs might not be lucrative for me, the impact I have is priceless.” JamiQuan originally tried out tasking when she was living in New York City, but when she returned to California to look after her sick mother and grandmother, she was in debt, and needed a source of consistent income. In just a few years on TaskRabbit, she was able to pay off her debt, and even treat her children to a trip to Disneyland.

“Tasking gives me the ability not to have to choose between spending the summer with my kids and putting food on the table. It gives me the ability to take them to Disneyland. It also allows me to use my skills from my previous career as a therapist. My clients are paying for me, not for the task. It’s easier for someone to clean up your house than it is for someone to clean up your head. I feel a tremendous sense of accomplishment after each and every task because I genuinely help my clients in more than one way. In return, they treat me like friends.” 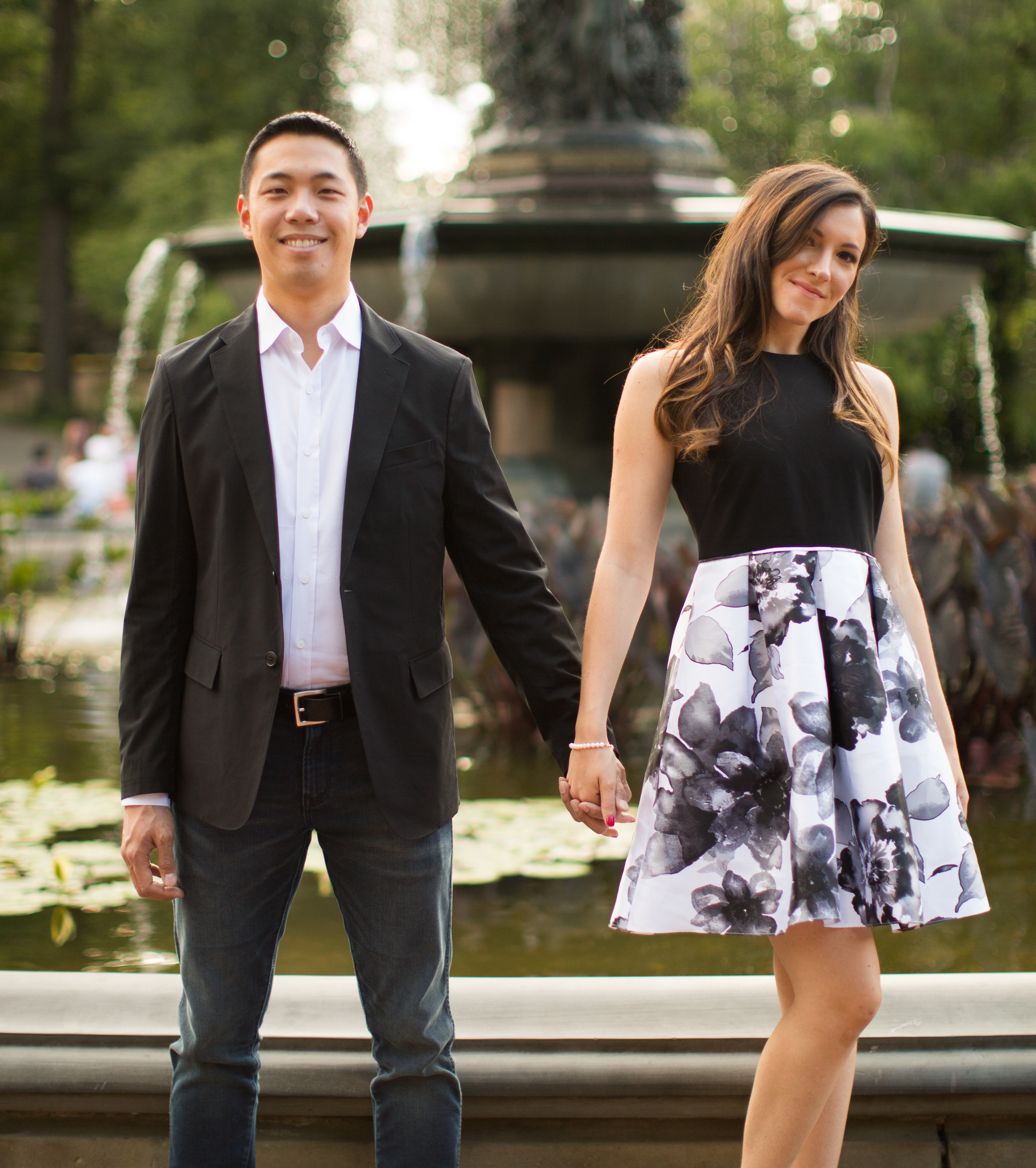 “One of my favorite tasks turned out to be a photoshoot for some TaskRabbit ads. This was particularly fun because I ended up on flyers all over some of TaskRabbit’s cities, so I had friends in San Francisco, New York, and other cities shooting me notes saying they saw my face on the ad. It was fun to hear from so many old friends and to explain what TaskRabbit was and how it could improve their lives by becoming a client or Tasker.

Back in 2011, I remember doing a few tasks for TaskRabbit’s founder, Leah. It was great picking her brain about how she started TaskRabbit, and it helped inspire me to get into early-stage marketplace startups.”

Read more 10th anniversary stories here and join us in building the future of TaskRabbit! Looking Back, Thinking Ahead: A Letter from Our CEO

Today marks ten years since TaskRabbit launched as RunMyErrand in Boston. After running out of dog food on a rainy night, our founder, Leah Busque, set out to create a way for people to lend a hand to busy neighbors. A decade later, our founding promise of “neighbors helping neighbors” still rings true. But our neighborhood looks a little different.

Whether it’s maneuvering a couch through an apartment or flying through furniture assembly, Taskers are no strangers to creative problem solving, deadlines, and working in tight quarters. We put these skills (and many more) to a tiny test in May 2016, when we challenged ten Taskers to build a fully-outfitted, liveable tiny house in the middle of Manhattan for a good cause. The catch: they had just 72 hours. The Most Unique Tasks

In honor of our 10-year anniversary, we’re featuring some of our most unique tasks, and amazing stories of what people accomplish when they find a Tasker to lend a hand!