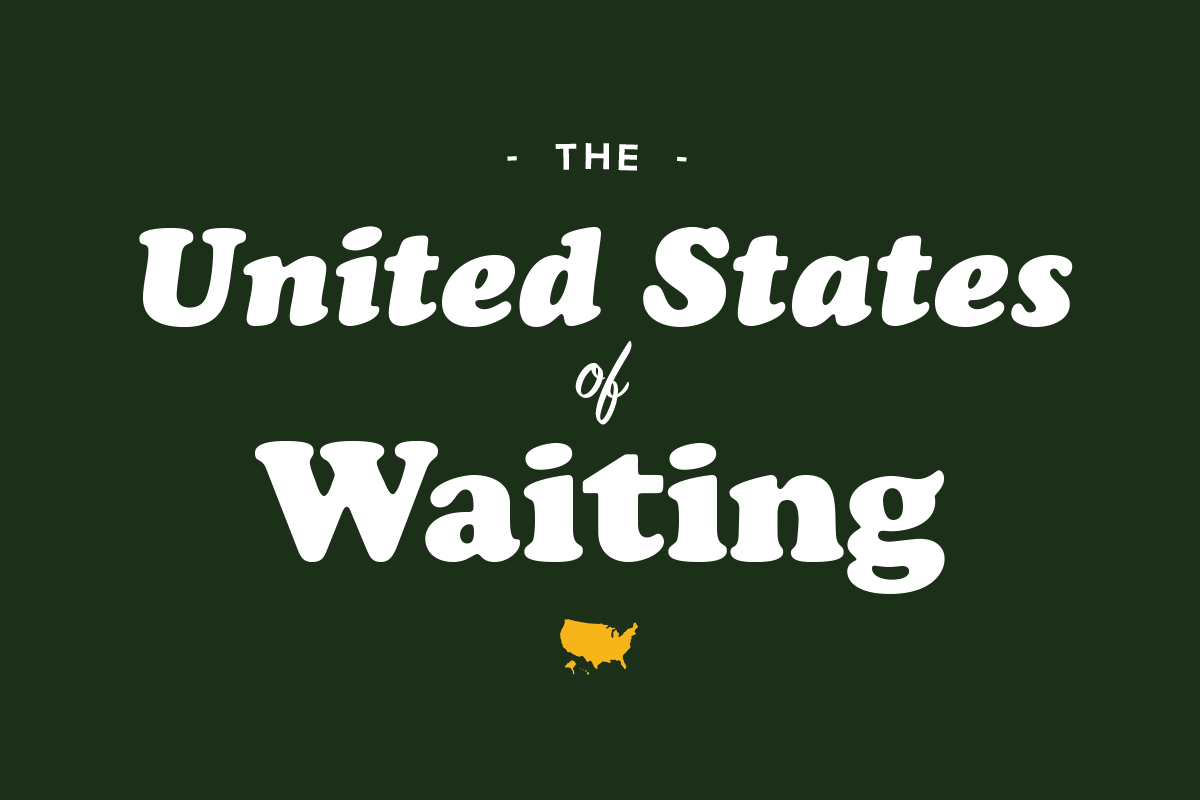 Americans spend over 37 billion hours a year waiting in line. It’s no surprise that Black Friday and other holiday sales account for a hefty chunk of those hours, but we were curious to see what motivates people to stand (or hire someone else to stand) in line. So we dug into the thousands of waiting in line tasks done by Taskers in the past four years to see what exactly is worth the wait.

When do we wait?

It’s no surprise the most popular day for waiting in line tasks during the holidays is Saturday, closely followed by Friday. Surprise surprise, one wants is waiting in line on Mondays.

How long do we wait?

In 2 hours, the length of the average waiting in line task, you could watch five Friends episodes, run a half marathon, or drive halfway from New York to Boston. 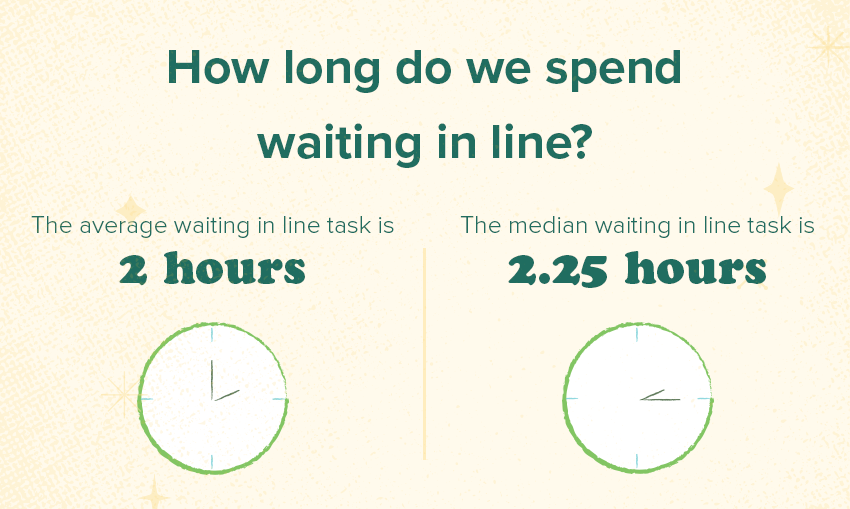 It’s holiday time in the city

New Yorkers are the kings and queens of waiting in line over the holidays thanks to the Macy’s Thanksgiving Day parade, holiday sales, skating rink lines, and more festive local festivities. But Atlanta takes the title for city that spends the longest time in line during the holidays.

When it comes to the rest of the year though, San Francisco takes the title for city that spends the longest time in line. 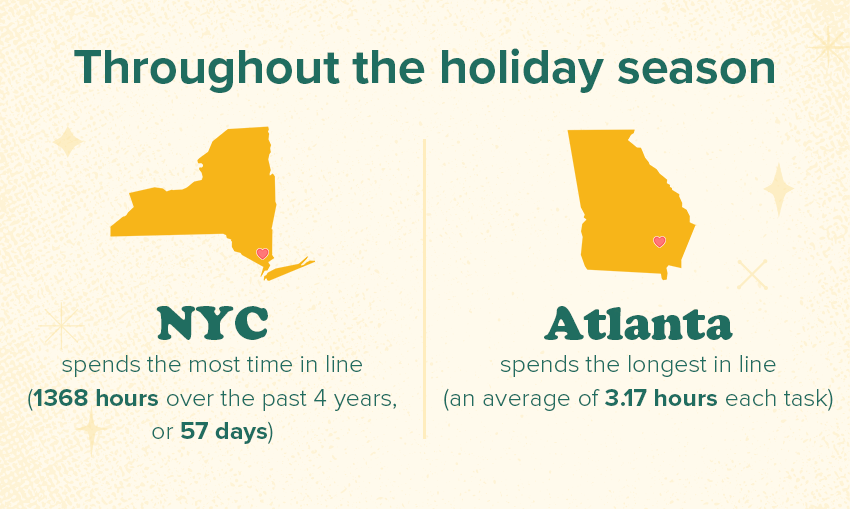 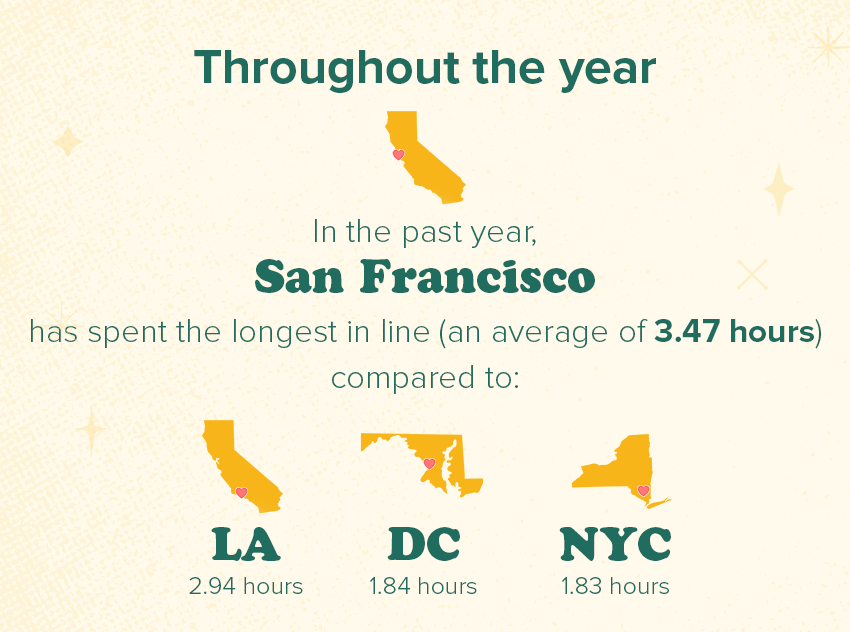 What’s worth the wait?

Concert and show tickets, visas, sales, tables at brunch … here’s what people around the US are waiting in line for. 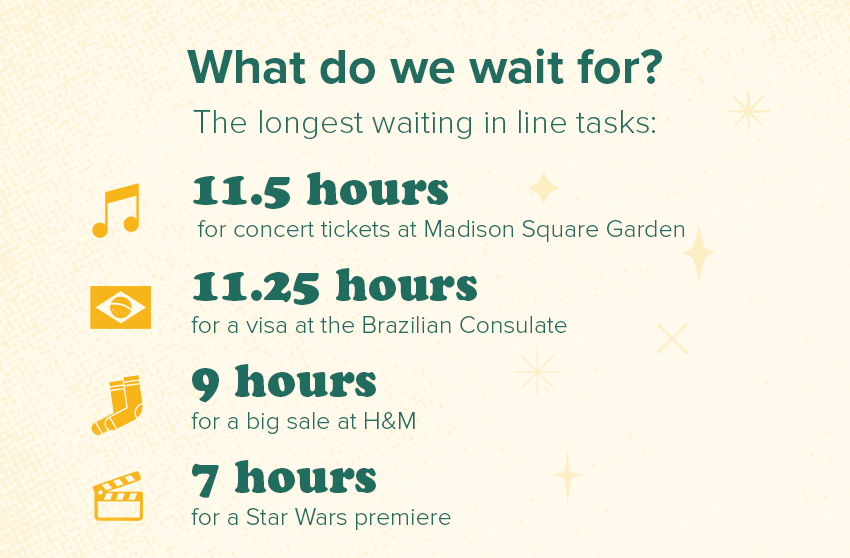 Some favorites? According to waiting in line requests on TaskRabbit from the past four years, Washington, DC goes crazy for tables at brunch spot Rose’s Luxury and Filipino restaurant Bad Saint. New York City loves show tickets (Broadway and Shakespeare in the Park are popular ones) and restaurant reservations (notably, Black Tap milkshakes, Dominique Ansel pastries, and Sugarfish sushi). Meanwhile, San Franciscans line up for dinner at State Bird Provisions and fire pits at Ocean Beach, while Angelenos get help waiting for restaurant reservations, concert tickets, at the DMV, and for Dockweiler Beach bonfires. 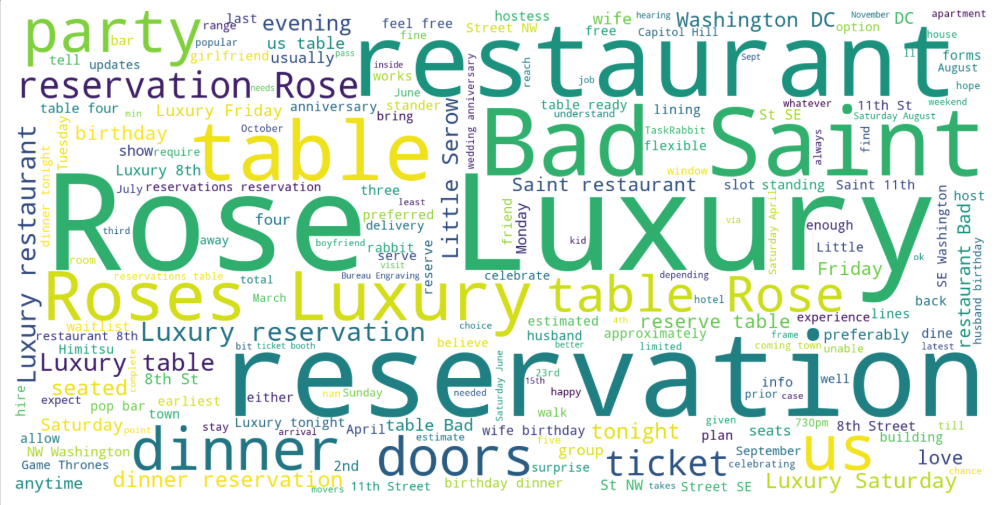 Step out of line this holiday season. Let a Tasker help instead.