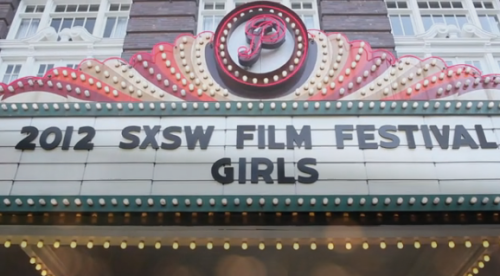 The incredible companies that depended on TaskRabbits to fuel their 2012 South by Southwest experiences inspired us so much, we built a swanky dedicated tool in honor of them. The dedicated SXSW portal makes it easier than ever for brands to hire TaskRabbits for all their Austin needs. With all the talk of Austin in the air, we decided to check in with Staci Perkins — one of our favorite TaskPosters from last year’s festival. Staci was the Project Manager for “Urgent Content’s Activation for Girls SXSW,” a very cool social media initiative to raise awareness of the hit new HBO show, Girls.

Could you tell me a bit about the Urgent Content Activation for Girls SXSW?
“At SXSW 2012, we ran a social media scavenger hunt to promote Girls, a new show from HBO. People followed, tweeted, and retweeted for free food and drink, eventually earning the show nearly five thousand followers in less than a week. Within two weeks of its premiere, Girls was renewed for a second season.” [pullshow]

What was the vision for the project?
“Our objective for launching HBO’s campaign for Girls was to engage the crowds at SXSW 2012 by utilizing the show’s Twitter handle @girlsHBO. We partnered with local Austin vendors to give away free food and drinks to festival attendees who followed @girlsHBO on Twitter. Since Girls had not premiered prior to SXSW, it was an exciting opportunity for us to introduce the brand’s voice and charm to potential fans and advocates. At its core our promotion aimed to capture the spirit of the show, engage with the show’s target audience, and ultimately create a base for future promotions.”

What made you decide to use TaskRabbits?
“I already had a great relationship with the TR team and had used TaskRabbits several times for events I was producing in New York for Eventbrite. They told me they were launching the Austin market at SXSW and I thought ‘what a perfect fit.'”

What specific Tasks did TaskRabbits do for you?
“[pullthis]Our TaskRabbits worked with us for six days to complete the activation. They helped run our pop-up coffee shop, hang signs, promote our giveaways, manage the giveaways at different venues, and refill our coffee supply each hour.[/pullthis] I’m sure I’m missing other things, but they definitely made a ton happen and their local knowledge of Austin was clutch.”

What would your experience have been like without the TaskRabbits?
“I honestly don’t want to think about it! We would likely have had to use Craigslist to find staff, and gone into the whole thing blindly. Not something you want to do when your client is HBO.”