You may have heard some of the buzz already, but today, I am thrilled to officially announce that TaskRabbit is launching its Austin market at SXSWi, March 9-13th! To celebrate our newest TaskRabbit community, we’ve partnered with our friends at Bravo and Watch What Happens Live to throw a weeklong launch party!

We have tons of awesomeness planned.  We’ve taken over an outdoor venue about 100 yards from the convention center, and transformed it into our very own TaskRabbit Park. Consider it an oasis of fun for the entirety of SXSWi.

Here’s a snapshot of the festivities we have planned:

We’re not stopping there… Throughout the SXSWi, there will be TaskRabbit street teams, sponsored by Bravo, handing out cool gear and helping you with all your SX-related Tasks – like waiting in line or delivering a late-night snack for you and your buddies.  And keep your eyes out for our “TaskRabbit bombs” as you are hanging out at the Driskill or Jo’s Coffee or just walking down Second Street. Our TaskRabbits will be “bombing” some of Austin’s favorite treats – like mid-morning coffee and donuts from Gordough’s and late-night pizza from Home Slice.

Come hang out with us in Austin and help us celebrate our Austin launch! The TaskRabbit Park is located at 307 East 2nd Street. See y’all there! 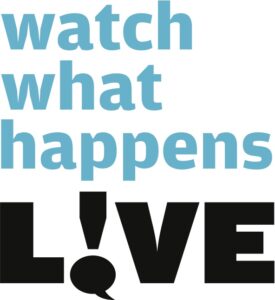 Oh, and did we mention that one of our favorite NYC TaskRabbits, Neville C, will be featured on Bravo’s late-night series Watch What Happens Live? Check it out on March 8th at 11 pm EST/PST. Neville will be Tasking away as the WWHL bartender, serving up some tasty cocktails for Andy and his guests.

Want to know more about Bravo?

Bravo is a program service of NBCUniversal Cable Entertainment, a division of NBCUniversal, one of the world’s leading media and entertainment companies in the development, production, and marketing of entertainment, news, and information to a global audience. Bravo has been an NBCUniversal cable network since December 2002 and was the first television service dedicated to film and the performing arts when it launched in December 1980.  For more information, visit www.BravoTV.com. Follow us on Twitter at https://twitter.com/BravoPR.