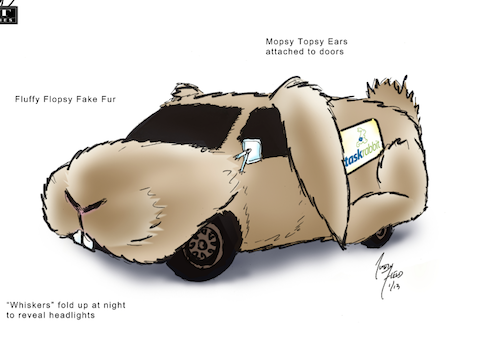 A lot of people have been asking us what it was like to drive around in the TaskVan all week: It was awesome. There’s nothing like people running up to your vehicle for a hug, or taking some time to pet your fur, or taking photos en masse of your every move. People absolutely loved the TaskVan, and we felt that love in a big way. People didn’t love it just because it was weird, people loved it because it was beautiful and friendly, with a personality all its own. [pullshow]

That’s exactly what the creative team responsible for making the TaskVan a reality had in mind. The artists at Austin’s very own Blue Genie Art Industries built the TaskVan from a simple idea and a van borrowed from a local rock band. Along the way, they battled rain, gravity, and a wicked case of maker remorse. We caught up with Kevin Collins, principal artist at Blue Genie, to find out more:

When TaskRabbit approached you with the idea for the TaskVan, what was your first reaction?
“That I never have seen Dumb and Dumber.”

How many hours did it take to design and build the TaskVan, and who on your team helped?
“Most of my team and interns worked on the van; conceptual design by Justin Field, production design by Josh Krezinski. From concept sketch to finished work was about a month; building the van actually only took about 7 days. [pullthis]The fur was flying. Also the white tail was leftover material from a yeti chandelier we just installed in Denver.”[/pullthis] 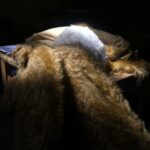 What was the biggest challenge during the build?
“Building it in a way that was functional, road-worthy, and temporary, as we did not own the van. It’s all held together with a combination of strapping, spray adhesive, and good will.”

What’s your favorite part of the TaskVan?
“Children hugging it, and getting a ‘Good job, Dad’ compliment from my 7-year-old. I took it to my local gas station, filled with locals and neighbors that have nothing to do with SXSWi, but they loved it like any art car or parade float. It’s a big thrill of what we get to do; making enhancements to ordinary people’s lives.”

What types of materials went into building the TaskVan? That fur was beautiful!
“You may be happy to know that fur is straight out of Cali; Shannon Fabrics in LA. The rest is upholstery foam to give it some body, and the features were all EPS styrofoam — a material we use a lot in our large scale sculptures.”

On the day you finished the TaskVan, it started to rain. Were you worried?
“It’s hard to promote brand awareness when your marketing tool smells like a wet dog, so I was worried for the TR team. They dodged all of the rain like champs.”

Did you and your team grow attached to the TaskVan during the build?

“One of my favorite parts of Blue Genie is that we try to put everything we have into our projects, what we call value add, because it’s our reputation and we simply do not like to do work that isn’t of a high quality. One of our guys calls it maker remorse, where you are sorry to see it go. But you get to look forward to the next wacky thing.”

The TaskVan is pretty weird, but you guys have built some other strange stuff. What’s the weirdest thing you’ve ever been asked to create?
“A lifetime achievement award for Weird Al Yankovic. Our concept was too weird and had to be toned down. Right up there is a series of interchangeable hats for a giant squirrel, including a pirate hat. Go Pirates!”

Anything else you’d like to add?
“I am grateful for having clients, who often become friends, who believe in the power of this type of experiential.”

We can’t thank the Blue Genie team enough for the dedication and creativity they put into making the TaskVan a reality. A big shout out to all the people who made it happen: 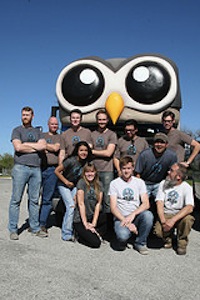